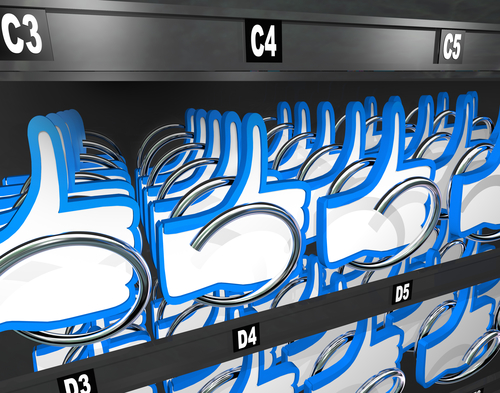 How to Deal With Trolls and Fake Reviews

Did you just get trolled? You are probably reading this because you just saw a fake review about your business and you are now wondering how much damage this online review can do to you. First, let us define two elements in this article that will be repeated ad nauseam so that we can focus on how to handle fake reviews better.

Fake reviews or misleading reviews are defined as negative, positive, or neutral reviews that do not reflect a consumer’s true experience of a service, business, or product.

When Hillary Clinton’s book “What Happened” became available on Amazon, 1,669 reviews were immediately posted right on the book’s page. Amazon would later delete 900 of those reviews because the company suspected they were bogus or fake. Some of these reviews were positive others were not but they had two things in common – the product reviewers didn’t purchase the book and they likely haven’t read it either.

Many would go against calling them “fake” reviews since they were written by real people. In the case of Clinton’s book, many reviewers were just angry – not at the book but at her. Positive reviews, on the other hand, only showed that they support the author but have not actually read the book. This is not to say that the reviews on “What Happened” were written by trolls from both sides of the political arena but this gives us an insight on how reviews perceived as fake, whether positive or negative, can affect a product’s reputation online.

What is a Troll?

A troll, according to the dictionary, is either a giant or a dwarf cave-dweller who is ugly in appearance. However, in the modern age, a troll is a person who unleashes cynical, sarcastic, or hurtful remarks about an innocent bystander. This bystander can either be a person or a brand. While the first generation of trolls just have a lot of fun dishing out unpalatable words to the people, brands, or establishments they hate because they can do so online, another generation of trolls is getting paid for spewing lies. They are paid to tarnish the online reputation of any entity – governments, brands, private companies, etc.

Getting a fake review is not rare for many businesses. In 2015, Amazon sued freelancers from Fiverr for offering 5-star reviews for $5 a piece.

Two years before that, the State Attorney General of New York took legal action against 19 companies that sold fake reviews. Unfortunately, legal action against such acts hasn’t really prevented fake reviews from flourishing online. Attempting to get them taken down can be as frustrating as filing a lawsuit. What should your company do if you suddenly have an onslaught of fake reviews? It must be noted that even the best of the best can get negative reviews but if you just got a false, defamatory review, it is a different story altogether. If you got inaccurate reviews from an angry customer, former employees, or competitors, you can’t just sit back and leave the reviews be. You will need to fight back while ensuring that you do not harm your reputation further.

Pause. Don’t get angry or defensive and don’t react right away. It is normal to get upset when someone is spewing lies about your brand but it is smart to stay calm during this situation.

Take the review down by notifying the website where the review was posted. However, sending a message to the website does not guarantee that the review will be taken down. This is because it can be abused by business owners by requesting the site to take down reviews that they do not like specifically if it is a legitimate review. You can ask them to assess the review though and you can do so immediately.

For Facebook reviews, you can refer to the site’s community standards. Bullying, threats, and sexual harassment are not allowed on Facebook and if you see any of that in the review, you can go ahead and report the post.

On Yelp, you can get a review removed if the any of the following are included in the review:

To report such reviews on Yelp, you should login your account and flag the review. You can select the reason why you are reporting said review and then write your explanation as to why it should be removed.

If the review was posted on Google, you can report the review for assessment. If Google finds that the review is false, it will take it down. To do this, you would need to flag the review and follow the prompts.

You have to decide whether you want to respond or not but if the website doesn’t take down the review, you would need to write a polite response. Remember, do not accuse the reviewer of writing a fake review and you shouldn’t hurl insults either even if it is incredibly tempting to do so.

While you’re writing your response, keep in mind that there is a possibility that the review is legitimate. Even if you are sure that the review is fake, treat it like it is a legitimate review. Give your contact details to the reviewer publicly and add that you would like to resolve the issue and make things right. This will give potential customers an idea of how nice, polite, and professional you are and that you care about your customers. There are also several tactics that you can use to make sure that you don’t look bad in front of prospective customers who will come across your response.

Is it possible that the customer posted a review for the wrong company? This can be possible and you can assume this is so if the review doesn’t match any of your records. You can write: “We love it when our customers take the time to leave a review about our establishment. However, it seems that you posted this review on the wrong company as we do not have any record of your visit. It is possible that you confused us with another establishment in the area but if we are the one who caused you this trouble, we would love to make things right with you.”

If you see a discrepancy between the description of the reviewer to the truth, don’t be afraid to point it out. For example, if the reviewer says he went to your establishment on a Sunday but you are closed on Sundays, it is imperative that you mention this for the benefit of other customers. Ensure that you are polite all the way and don’t forget to ask them to contact you so you can clarify the issue and resolve the problem.

Getting positive reviews is a great way to drown out the fake ones but while you wait for positive reviews, make sure that you respond to the fake reviews you are seeing on your screen. Remember, your competitors don’t have the power to ruin you online because you can always fight back.

Trolls Don’t Play by the Rules

It’s all well and dandy if you don’t get a response from the fake review poster or if you do get a response and it turns out to be a legitimate negative review. However, if you are dealing with an online troll, buckle up. Trolls don’t back down whether they are paid or not. Keep in mind that they enjoy it when their target loses his cool. A troll’s sole purpose is to make you so upset that you’d start communicating the way he is communicating with you. Speaking the language of insults and hurtful words won’t do your business good, remember that. Be nice and be as polite as you can but if the conversation is going nowhere, you can always put a stop to it.

In 2015, IKEA became a victim of a troll. The good news is, they were trolled by a comedian by the name of Jeff Wysaski. Wysaski wrote funny in-store reviews. IKEA is quite lucky but the world is not full of funny people and some trolls are angry beings who have the need to unleash their rage online.

There are troll companies out there that peddle glowing reviews to businesses who would buy them and they can also post fake negative reviews. The stakes are high for many businesses and many have started the crackdown against companies that sell fake reviews. However, many trolls both paid and unpaid are still out there so be sure that you are ready for them.